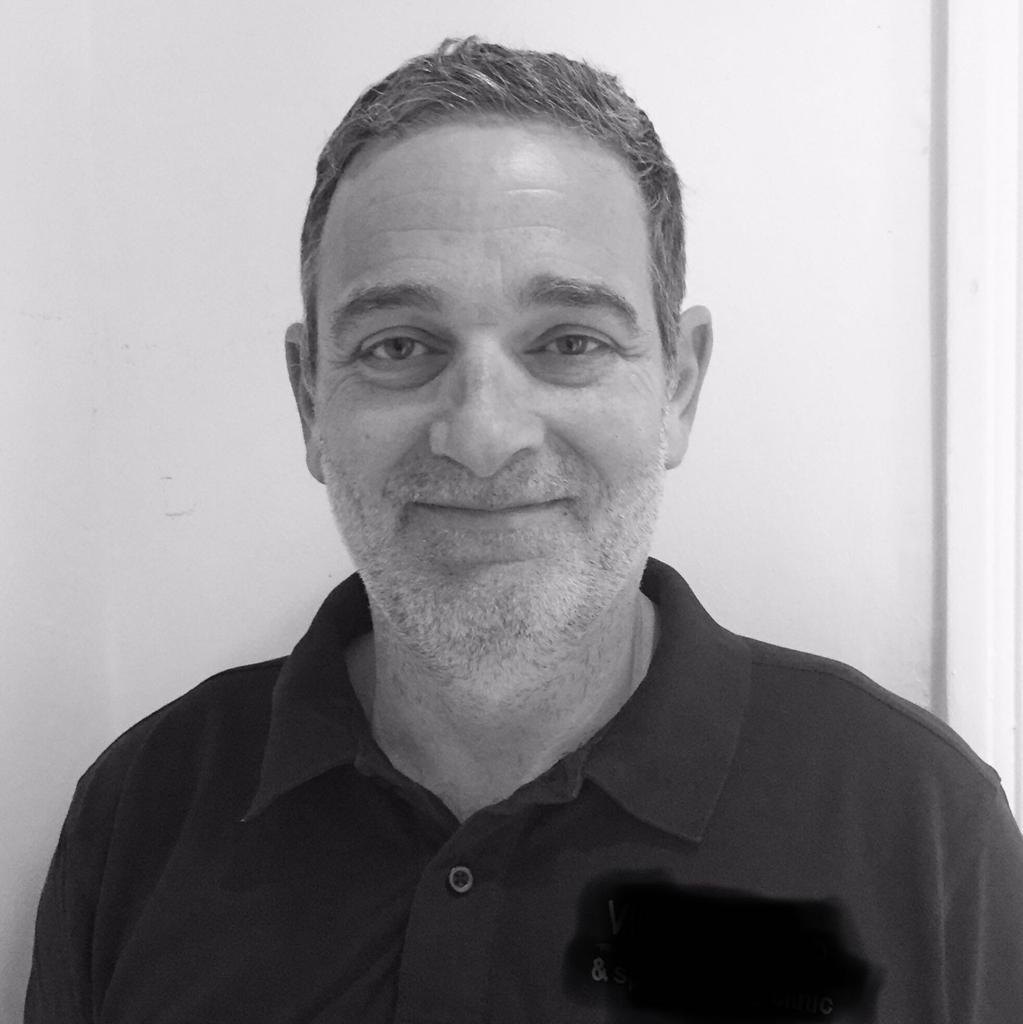 Professional and caring treatment received with sound follow up advice. Would recommend to others without hesitation!

Meet the Physiotherapists in Gatley

All the physiotherapists at our Gatley Physio Clinic are Chartered Physiotherapists (CSP) and are registered with the Health and Care Professions Council (HCPC).  They have either worked or continue to work at senior levels within the NHS. They all continue to widen their knowledge by attending post–graduate courses and conferences. The ‘hands-on’ approach is favoured in most treatments.

Qualified from Withington Hospital in 1986 and worked full time in the NHS at Withington Hospital and Wythenshawe Hospital before setting up Gatley Physiotherapy Clinic in 1995 with Caroline Dobson. In 2015, Colette and Caroline took over PhysioSport, which is now renamed as Heatons Physio Clinic

Colette has gained extensive experience in the field of musculoskeletal / sports injuries by working with the England and Great Britain Volleyball teams, attending British Olympic Training Camps. She has also worked with local rugby, football, lacrosse and cricket clubs. She enjoys using Pilates and Core Stability exercises, particularly using gym balls for the rehabilitation of many injuries.

Colette has become expert at treating most joints over the years especially knees, hips and ankles with a particular specialty in the treatment of shoulder and elbow problems, regularly attending the Arm Clinic meetings run by local Consultants. Her background of partaking in various exercise and sport over the years enables her to treat sporting injuries with confidence. She regularly attends OrthTeam talks organised by local Orthopaedic Consultants to keep up to date with other options for her patients. She has lectured at Salford University to the physiotherapy degree students and on physiotherapy postgraduate courses.

Colette was the on-site physiotherapist for the BBC, Manchester for over 10 years treating many musicians and performers gaining invaluable experience with various orchestral musicians. Having hung up her netball trainers a few years ago she now is an enthusiastic and improving tennis player at Heaton Mersey Tennis Club and continues to enjoy running. Her new pastime is playing bridge which assist with keeping her mind active!

Caroline qualified in 1986 from Withington Hospital. She then worked full time in the NHS at The Royal Liverpool, Withington, Stockport Infirmary, and Stepping Hill hospitals before becoming the Senior Physio in the out-patient department at Manchester Royal Infirmary in 1992. She joined together with Colette setting up Gatley Physiotherapy Clinic in 1995.

Caroline specialises in the treatment of musculoskeletal, sporting and whiplash injuries.  She continues to attend regular post-graduate courses and attends shoulder meetings, run by local Orthopaedic Consultants which keeps her up to date with recent research and techniques.

In the late 1980’s Caroline spent time being physiotherapist to local rugby clubs and then physiotherapist to the Men’s Great Britain Volleyball squad, attending competitions and training camps both in the UK and abroad. Caroline loves going to the gym, tennis cycling and is still trying to master bridge!

Qualified in 1993 from Manchester Royal Infirmary School of Physiotherapy and furthered her knowledge by completing a Diploma in Physiotherapy for sport in 1998.

She utilized her sporting knowledge when she was physiotherapist for the Bradford Diving Squad, The North West Region under 19 Badminton Squad and was a volunteer physiotherapist at The Commonwealth Games in Manchester, 2002.

Jacqui is a keen runner taking part in many 10 km runs and the Wilmslow half marathon. She has recently taken up rock climbing, ballet and jazz and can therefore identify with with a variety of sporting injuries. Jacqui is a member of the Acupuncture Association of Chartered Physiotherapists (AACP).

Aoibheann (pronounced Yvonne) grew up in Galway and gained her degree in Physiotherapy in 2004. She worked until 2016 in her local physiotherapy department, at a private physio clinic and as an Exercise Specialist at a Stroke Centre in Galway, before moving over to England.

Aoibheann joined the team of physios at Heatons Physio Clinic in April 2021.

As well as her hands on manual therapy skills, she has specialist training in lymphoedema massage, dry needling and is an exercise specialist having gained a Masters in Sports and Exercise Physiotherapy from the National University of Galway. Her degree covered sports psychology, overtraining syndrome, chronic fatigue, principles of strength and endurance training, training methods and fitness assessments.

Aoibheann has worked as a senior physiotherapist at the Cancer Centre in Galway, developing physiotherapy service for those having radiotherapy, which included lymphoedema massage treatment.

She plays Ladies Gaelic Football and has captained at club and county level.

Danny qualified from Manchester Metropolitan University in 2013 and has experience across different MSK clinics both private and NHS. He has worked in numerous hospital trusts across the North West and he joined Heaton Physio Clinic in August 2018, working part time on Monday and Thursday evenings.

He also works in the Occupational Health Physiotherapy Department at Salford Royal. His client base tends to be staff who are either struggling in work or are off work sick due to an MSK issue and rehabilitate them in order to manage a return to work. From this he has gained an in-depth knowledge of MSK conditions.

Within his job role at Salford Royal he completes ergonomic workplace assessments, which involves assessing members of staff at their workstation and make any adjustments to how they are sat and set up, to reduce any strain on their neck and back.

He keeps his skills up to date by attending regular evening seminars and lectures run by orthopaedic consultants on management of a wide variety of Musculoskeletal conditions. He is also currently studying a master’s in advanced Physiotherapy at Salford University to further his skills.

He has interests in lots of different sports but particularly football. He is also keen on maintaining his own fitness, which allows him to have a greater understanding of strength and conditioning within the gym setting.

Following qualification from Manchester School of Physiotherapy in 1999, Helen shares her time between GPC and the Greater Manchester Police Occupational Health Department.

Helen has attended many post graduate courses to extend her clinical skills in the treatment of spinal problems and sporting injuries.

Alison’s connection with Colette & Caroline started in 1989, working together at Withington Hospital. Therefore, knowing her skill, commitment and care of her patients, they are delighted to welcome Alison to their team of dedicated Physiotherapists.

Having qualified in 1988, she worked in the NHS specialising in musculo-skeletal physiotherapy. She completed a post graduate MACP (Manipulative Association of Chartered Physiotherapists) course in 1995, which gave her a greater understanding of hands on techniques.

Her special interests include sports injury prevention, exercise management, especially in complex core stability issues which are a common source of many low back problems and many sporting injuries. Alison uses acupuncture, dry needling and K taping as an adjunct to her manual therapy skills.

She is especially interested in how posture affects the body and its affects on injuries and the recovery process.

Away from work she enjoys running, yoga, travel, walking, especially with her Labradoodle!

Jack returns to Heatons Physio Clinic following a time working with Orthopaedic Consultants, with a specialism in hip and knee replacements. He realised how much he missed the ‘hands on’ aspect of physiotherapy!

Jack qualified from Manchester Metropolitan University (MMU) in 2014. Previously, he gained a degree in Sport, with Exercise and Coaching Science in 2007, also at MMU. This has given Jack an excellent understanding in the importance of movement and exercise to help in the recovery of pain and function after injuries.

He works also at a local physiotherapy department, specialising in orthopaedic problems such as back pain, shoulder problems, knee injuries with a particular interest in areas such as ACL rehabilitation, anterior knee pain in adolescents and the rehabilitation of the athletic hip and groin.

He teaches Pilates and has completed the APPI level 3 matwork course series as well as the ante/post natal Pilates course. So he is well qualified to introduce you to core stability, which can help in the recovery of back and neck pain, shoulder problems and leg injuries.

Prior to training as a Physiotherapist Jack was an Infantry Corporal in the Mercian Regiment serving for 13 years in the British Army Reserves with operational tours in Iraq and Afghanistan and has completed military exercises around the world, giving him lots of different life experiences.

In his spare time he is kept busy as he is dad to two rapidly growing boys and when he gets time enjoys mountain biking, climbing, walking, weight training and running (more of a jog!).

Stephanie qualified from Hallam University in Sheffield in 2014.  Her main interest is sports rehabilitation and works with her local rugby team in Heaton Moor assessing and treating injuries during training and pitch side. She is also a physiotherapist for the England U19 men’s lacrosse team, assessing and treating the players. She works with GB weightlifting to deliver strength and conditioning sessions.

Since qualifying, Stephanie has been working with patients with complex neurological disorders, using her handling skills to redevelop normal movement.

Stephanie has a level 3 sports massage qualification, a taping qualification and is trained in pitch side first aid treatment. She is completing her Bobath training and continues to develop her knowledge and skill by attending a variety of courses.

Having suffered major knee injuries resulting in surgery, she has an empathy for follow sufferers but understands the need for progressive rehabilitation for complete recovery.

She enjoys playing all sports including weight lifting , tennis and netball.

Graeme  retired in December 2020. His patients are being looked after by the rest of the team, who worked with Graeme prior to his retirement.

We provide expert physiotherapy, sports massage, deep tissue massage, rehabilitation, BBPV/dizziness and many other services from our clinic in Gatley, Cheadle.  We are dedicated to the highest standard of physiotherapy care and pride ourselves on helping you relieve your pain and getting you back to your normal activities.

Our Gatley Physiotherapists have all completed extensive training.  We offer excellent diagnostic skills, taking great care to identify the source of your symptoms, resulting in more effective treatment of your aches and pains.  The physiotherapists at our Gatley clinic are highly experienced in the diagnosis, assessment and treatment of a wide range of conditions.

Information About Your Appointment

Your first appointment will take about 30 minutes depending on how complex your problem is. We will take a thorough history of your problem and details such as what makes your problem better/worse. We will then examine the problem area and any other related areas to enable us to identify the cause of your problem. At all times we maintain your modesty. It may be advisable to bring shorts/vest t-shirt with you if you wish.

Following this detailed, thorough assessment we will hopefully be able to tell you about your problem, what we can do to help, the techniques that may be used and also what you can do to help yourself.

Accessing the building: The buzzer is situated to the right of the main door. Enter the building and report to reception.

Treatment: Take a seat in reception and the physio will take you to the treatment room at your appointment time.